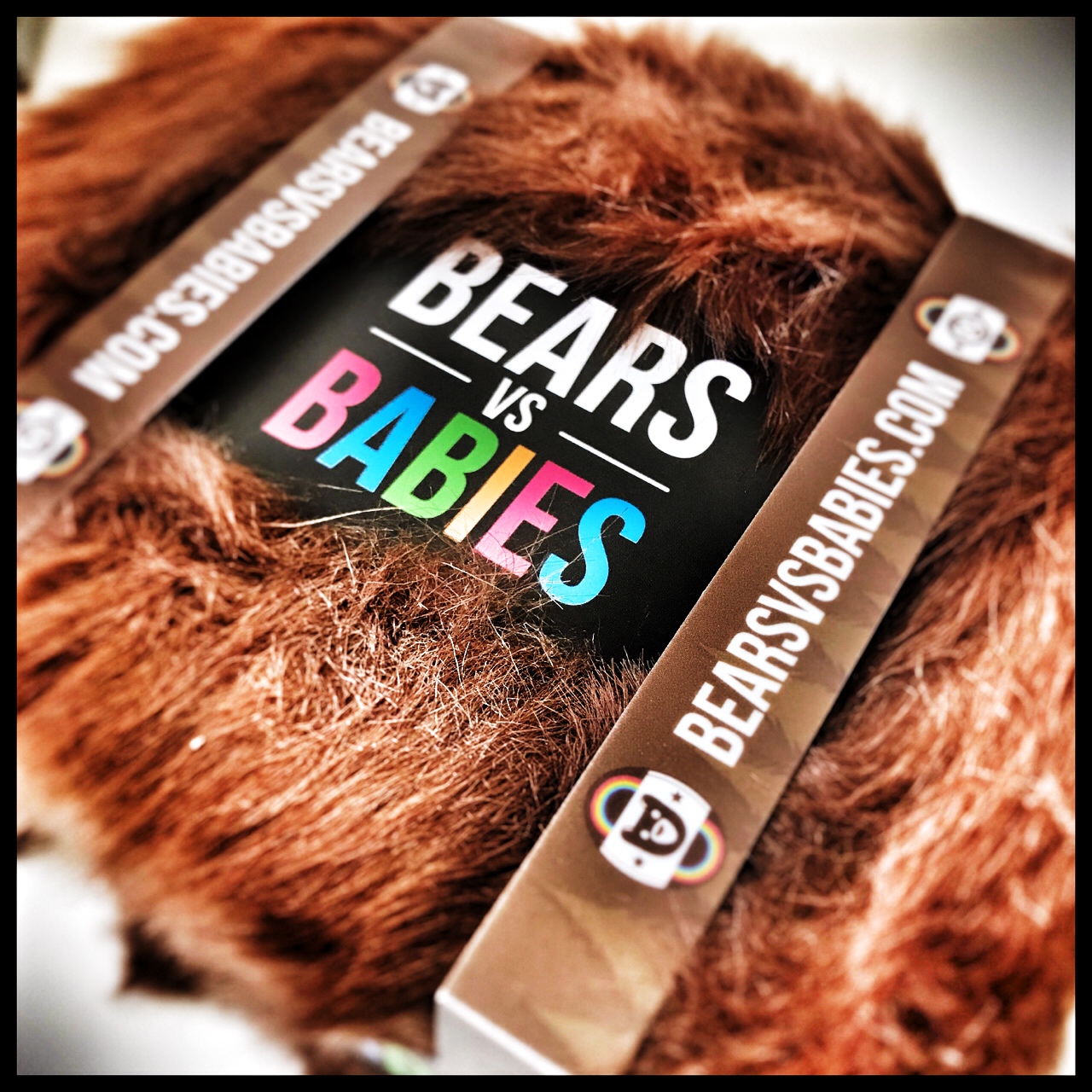 Who hasn’t dreamt about fighting babies with monsters? Who’s ever found themselves in that situation? It sounds absurd and it is, but that’s just why we like Bears vs Babies.

In the new card game from Elan Lee, with artistic support from the creator of The Oatmeal Matthew Inman, Babies have waged war upon you and you must find a way to build monsters worthy enough to face the babies. The game is a hit with Matthew Inman’s rough and direct humor combining and conjoining absurd monster body pieces together. And it’s not the first time Lee and Inman have worked on the same project, with their previous game Exploiding Kittens raising over $8 million on Kickstarter alone.

In the comic The Oatmeal the American artist deals with rough and direct subjects humorously: ‘Eight ways to prepare your pets for war’, ‘Six reasons to ride a polar bear to work’ and ‘is your cat plotting to kill you?’ The illustrations match the devilish babies and cats with babies always seeming to be monsters and the cats exploding murderers.

So back to Bears vs. Babies who’ve raised $3.2 million already on Kickstarter, funding their initial goal of $10,000. One has to build creatures to fight against the army of babies and this can prove to be quite challenging, though the rules are easy to follow.

The game in short form:

Everybody begins with five cards and with these you build a creature. The first card to begin your creature must a head, with the number corresponding to the strength and the color to which baby army you must face – blue, green or red (rainbow bears fight all baby armies). Once your monster has a head the next card to play is a torso followed by arms, legs, power tools or hats, giving the game a huge variety of spliced creatures. One of which was “A Piggy in a bikini who sucks at dancing” managing to wield weapons with its crab pincers. 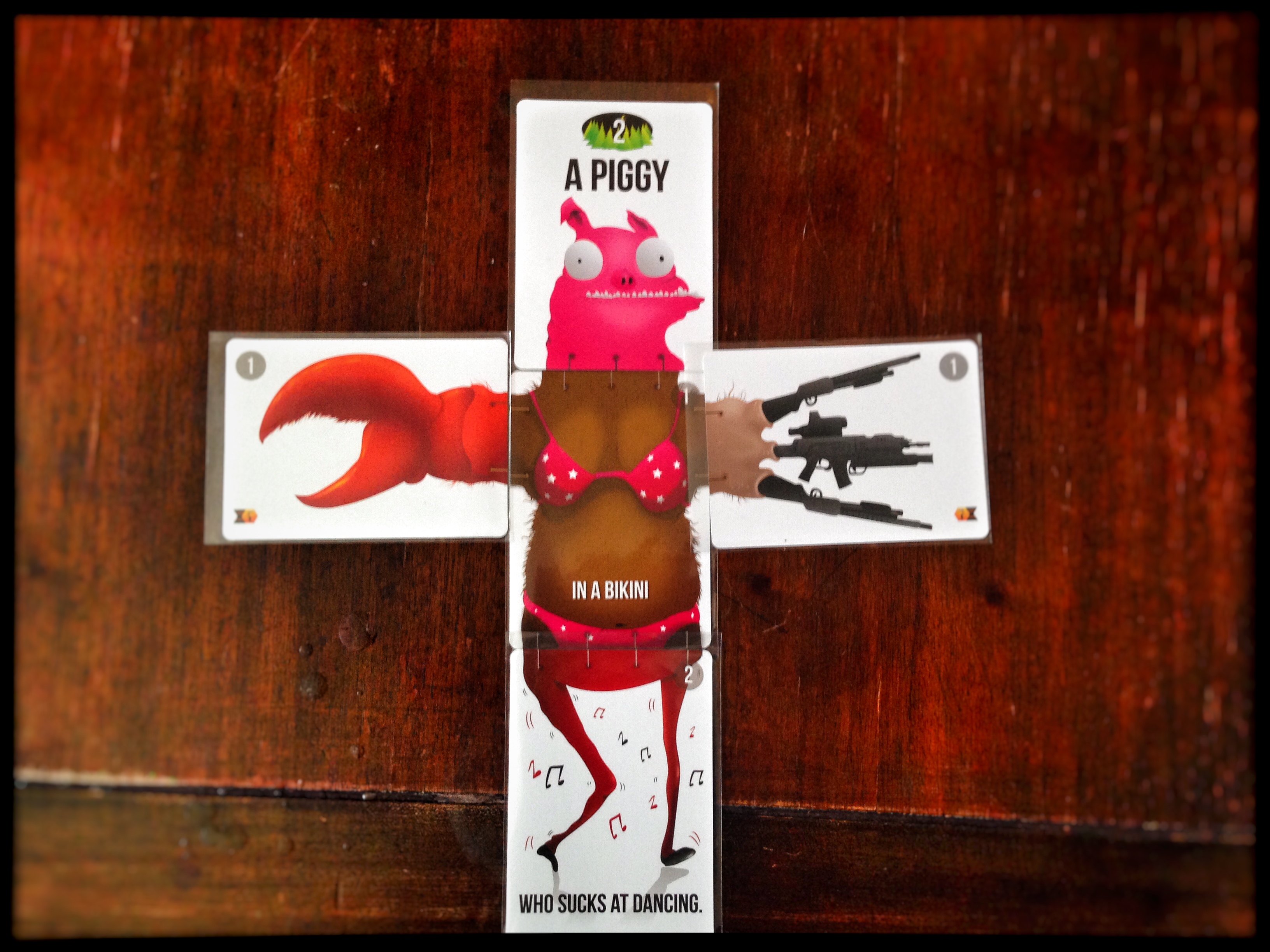 You may make two actions per turn, either draw a card or play a body piece. If you draw a baby card place it directly face down on to the matching baby army – so you will only roughly know the strength of each army. If you wish to begin the battle, take no actions and just yell “Provoke!”, choosing between red, blue, green or all armies at once. The leading player with the strongest creature in the provoked army wins the babies and collects them as trophies.

With clear and easy rules each player, whether young or old, can play immediately with games lasting for a half hour longest. After a few rounds the strategy and tactics develop with moments when you cooperate and moments when you just don’t. Masks can hide your identity and the Swap card allows you to exchange any two heads. Our favorite was the Disember card allowing you to sever any body part from an opposing monster. 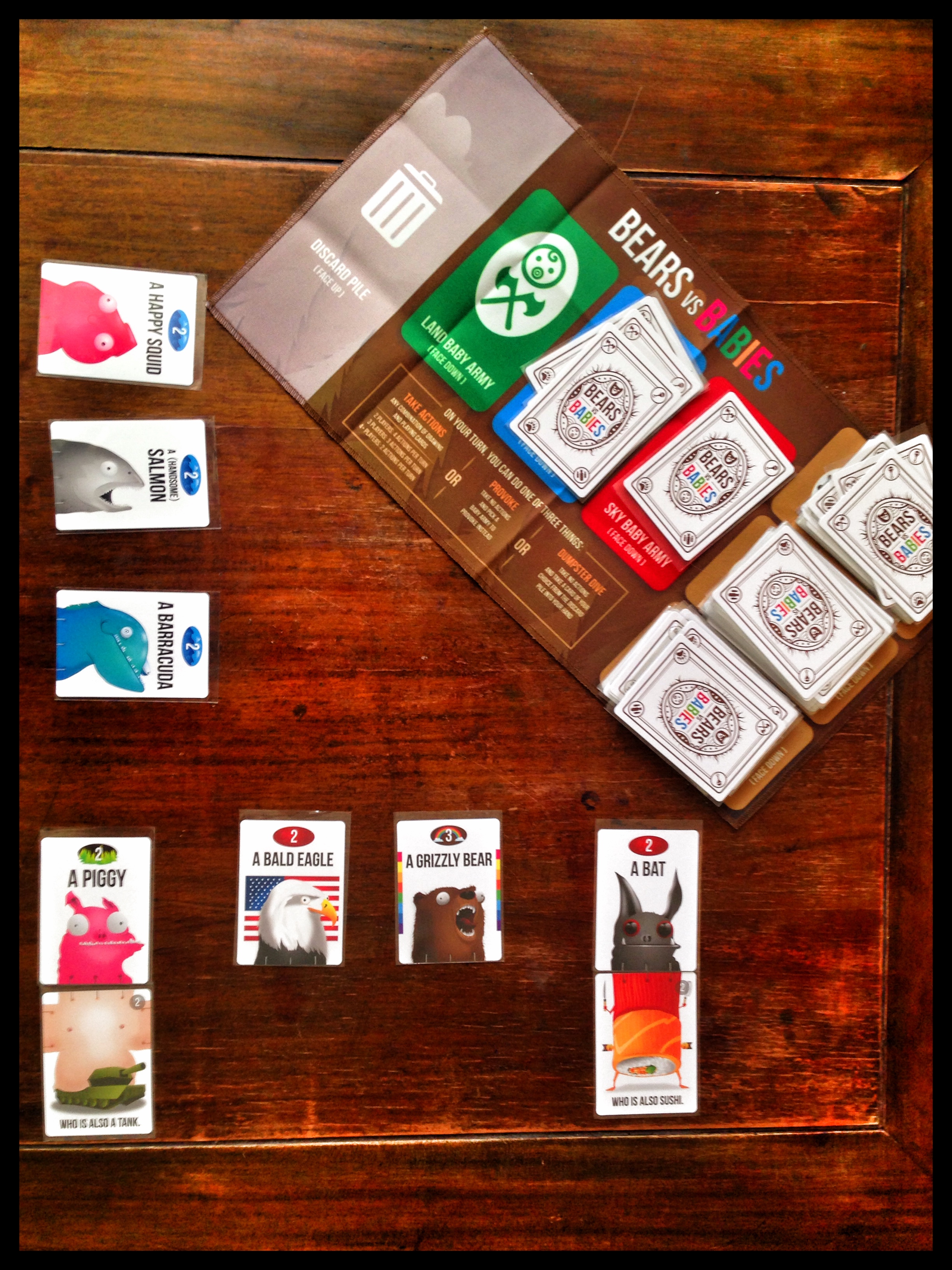 After a night of playing round after round we noticed we couldn’t managed to play it each and every night. However as a warm up game or nightcap we’d highly recommend it and of course there are expansion packs adding new and funnier levels to what already produces bizarre, baby-killing creatures.